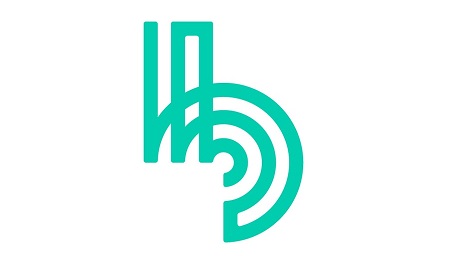 Dilemma:                           As of summer 2020 Blaise Transit had carried out contracts in two Canadian cities and was in the process of negotiating contracts with a number of other cities in Canada and Europe. At this point, Blaise had invested hefty amounts of money in software development and was ready to take the next step; deployment. Blaise was looking towards announcing its first deployment in Canada and was additionally looking into the possibility of short term deployment in Asia and Europe. Due to favorable market and industry conditions, Blaise co-founder Justin Hunt had the desire to explore the possibility of expanding into emerging markets, and more specifically, Latin America. In order for Blaise to take the next step in expanding into Latin America one question had to be answered: Which markets in Latin America would best suit Blaise’s ambitions and why?

Ethan Sanderson, being an International Affairs major with a concentration in Emerging Markets at Northeastern University desired to take on such a case for Blaise Transit to demonstrate his knowledge of economics, politics, and crises in Latin America. As a student who had already completed an internship with the foreign service of Quebec and whose long term goal was to work for the US foreign service or an international organization such as the UN or World Bank, this case was ideal for the demonstration of his development as a professional.

In order to carry out this report for Blaise Transit, Ethan utilized a professional relationship that he had already established with Blaise founder Justin Hunt when working in Economic Affairs for the Government of Quebec. Ethan worked limitedly with Mr. Hunt in this aspect but gained enough of Mr. Hunt’s confidence for him to trust Ethan with such a project. Previous to the creation of this case and consulting report Ethan pitched the idea of Latin American expansion to Mr. Hunt who found the idea to be attractive. Through Ethan’s interactions with Mr. Hunt and Blaise marketing coordinator Alexandra Fillion on the case, he learned a lot about the company’s operations, financials, potential and existing deals, principal challenges, current situation, and more. The passing of such information to Ethan represented a significant level of trust shown by Blaise as well as the furthering of the two parties’ professional relationships.

In order to create an incentive for the company to value participation in this project Ethan first portrayed to Blaise the unique opportunities that Latin America could provide during his conversations with Mr. Hunt, as well as via a company case Ethan sent to Blaise before the execution of the consulting report. Before going into country-specific information, Ethan provided Mr. Hunt with industry and market-related information on Latin America as a whole, demonstrating the undeniably positive prospect of doing business in Latam.

Ethan later went on to provide Blaise with industry and market-related information that specifically pertained to a number of individual countries. The market-related information had to do with rule of law, corruption, political crises/situations, business incentives, and environmental initiatives, as the industry-related information had to do with competition, internet penetration, transport infrastructure, and technology implementation. Ethan analyzed these factors on a macro scale using the commonly utilized PESTLE framework and on an industrial scale using a self-developed framework. Based upon the culmination of such factors Ethan made recommendations to Blaise on which markets to enter and which strategies to employ within said markets.

After completion of the report, Ethan received emails from Mr. Hunt and a smart city planner named Conrad Richardson whom Mr. Hunt had looped in due to his knowledge of developing markets. Mr. Richardson referred to Ethan’s report as  “a great piece of market research” and reiterated several points Ethan made in the report to Justin. This reinforced Ethan’s belief that he could be effective in the field of International Relations and Business and made him even more passionate about doing so.