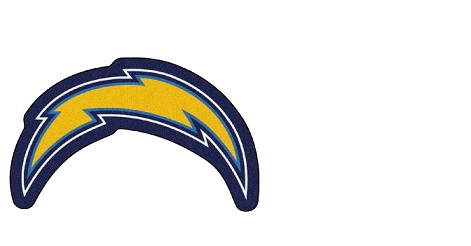 Challenge:                The Los Angeles Chargers are a part of the strong allegiance of the National Football League.  The Chargers called San Diego their home until the 2017 season, when it was somewhat abruptly announced that the team was to move to Los Angeles and eventually share a stadium (to be completed in 2020) with the L.A. Rams.  In the interim, the Chargers have been playing in a soccer stadium which has significantly decreased profits and otherwise damaged the spirits of an already disheartened fanbase. The team had to recalibrate its positioning challenge, specifically related to new market entry, and elucidate a strategy that could effectively connect the Chargers with its new community.

Our strategy team consists of the following members:

Through the team’s current capabilities and passion for the Chargers, this project provided the team with the opportunity to act as consultants for our client. The team was eager to apply the concepts learned in class while working on a real-life business problem. Additionally, this project allowed the team to explore business strategy in a setting of interest and created exposure for team members to gauge potential career paths.

Social Capital: Embedding in the Context of the Organization and Industry

The majority of our data came from secondary research. For concrete figures and other relevant information, we relied on publicly available data. For financial information we used Statsica. Since the NFL is not a public traded company, we could not analyze financial statements within a 10-K report. We also utilized the Charger’s website and social media platforms in order to gain a better perspective on the company as a whole. Through conversations with Chargers’ stakeholders, we were able to acquire a different perspective on the issue as well as gain insights into the Charger’s efforts to immerse itself into the L.A. community.

After gathering all our data, we then created a SWOT to help formulate a strategy to help the Chargers. Within this SWOT we will highlight factors of Porter’s 5 forces, PESTEL, and VRIO to give us a deeper dive into the internal and external environment.  In addition to this, we used a Blue Ocean strategy to analyze the strengths and weaknesses of the Chargers compared to the competition of the Rams.

A deep analysis of the situation has been conducted in order to identify opportunities the Chargers can act upon in order to revitalize their fanbase and secure their spot in the LA community, with a particular emphasis on the competitive advantage the Chargers can cultivate in order to differentiate themselves in a crowded sports market. The team has strong resources, capabilities and operations in order to create a strong presence in the city, but is struggling to solidify a concrete, differentiated and authentic strategy.  In this report, we will make recommendations based on strength-opportunity based solutions presented in the SWOT analysis. The goal is to generate a business strategy that could utilize a strong media presence to create an emotional connection with young or new potential fans.