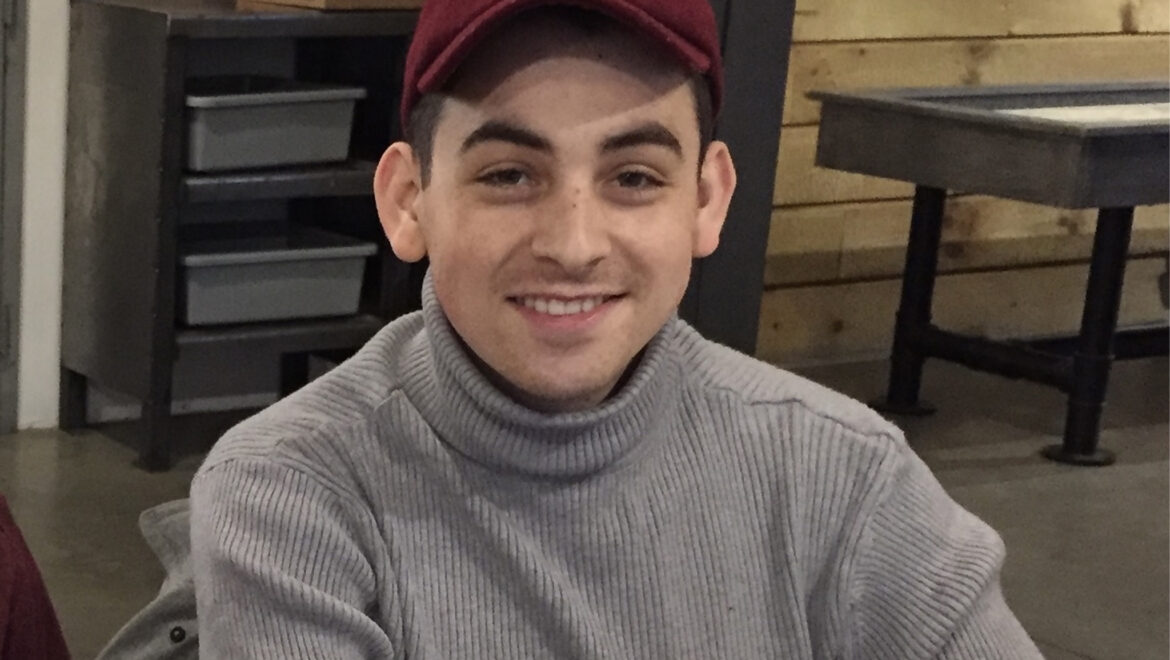 Experiential Learning: two words that every Northeastern University student sarcastically repeats back in a mocking intonation. And as Northeastern tour guides showcase the Boston campus (albeit virtually in these trying times) whose lush, green space juxtaposes the urban chaos yards away, the phrase “experiential learning” (one sure to enter into the prospective student’s lexicon should they choose to enroll at Northeastern) will bombard the ears of both parents and students alike.

END_OF_DOCUMENT_TOKEN_TO_BE_REPLACED 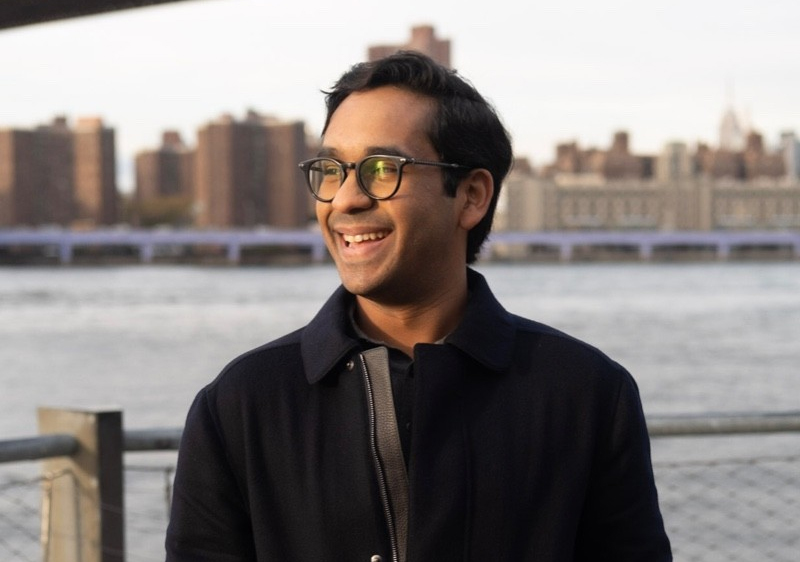 In just two months, the environment in America has completely transformed, leaving many to face uncertainty.  There are 40 million Americans that have lost their jobs, with an unemployment rate of 14.7%.  Many people have been distraught from layoffs, while others like me are recent graduates just entering the job market.  As we now start reopening and restarting our economy, we must stay determined to prosper.

END_OF_DOCUMENT_TOKEN_TO_BE_REPLACED 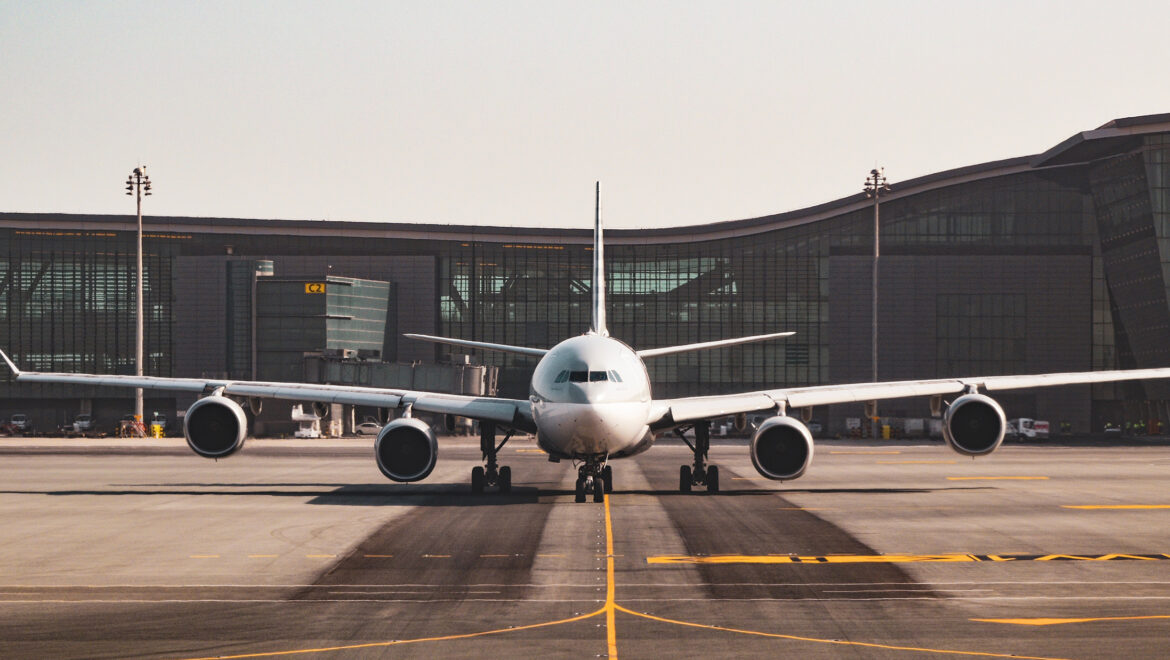 An article published by the King’s College of London “Why Overseas Experience is Important” states the reasons why overseas experience can make a difference in your future career- this type of assignments helps you gain a competitive advantage among your peers such as gaining a new perspective, learning a new language, bringing out your adventurous side, taking on a global mind-set and creating a new network from across the globe, among others.

END_OF_DOCUMENT_TOKEN_TO_BE_REPLACED 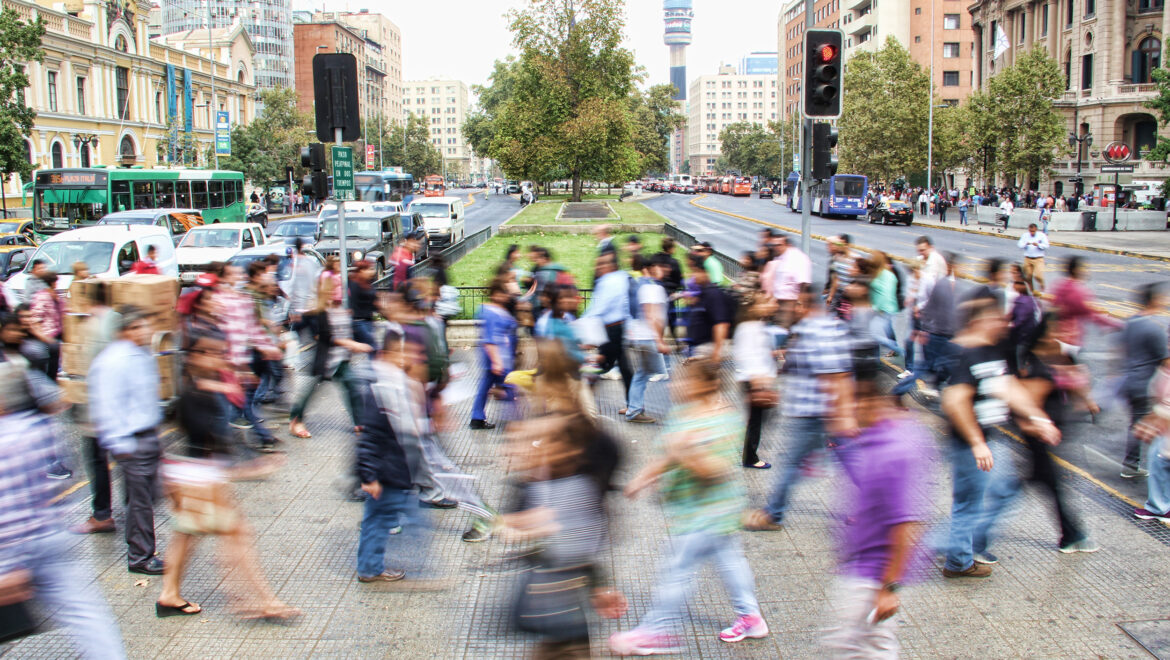 Employability of MBA Graduates in a Post Pandemic World

Studies have shown that graduate school applications rise in periods of an economic downturn, and that trend has continued with the Covid pandemic. More specifically, business school in the United States saw double-digit percentage application increases in the fall of 2020, and the top M.B.A. programs managed to reverse “several years of declining demand, according to the nonprofit Graduate Management Admission Council, which tracks hundreds of M.B.A. programs.” In addition to this, “five of the seven M7 schools had record years for applications, bringing the group’s total to just under 48,000, a 14.5% jump from the previous year (2018-2019) and 3.3% higher than 2016-2017.”

END_OF_DOCUMENT_TOKEN_TO_BE_REPLACED 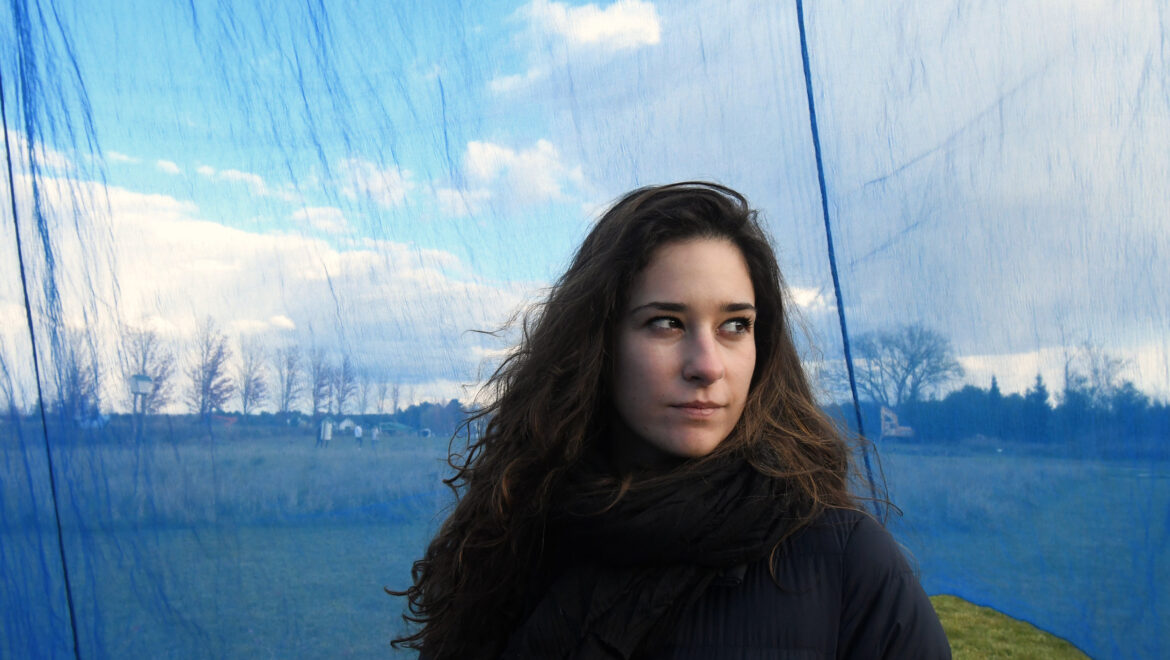 How to Navigate a Career Change

END_OF_DOCUMENT_TOKEN_TO_BE_REPLACED 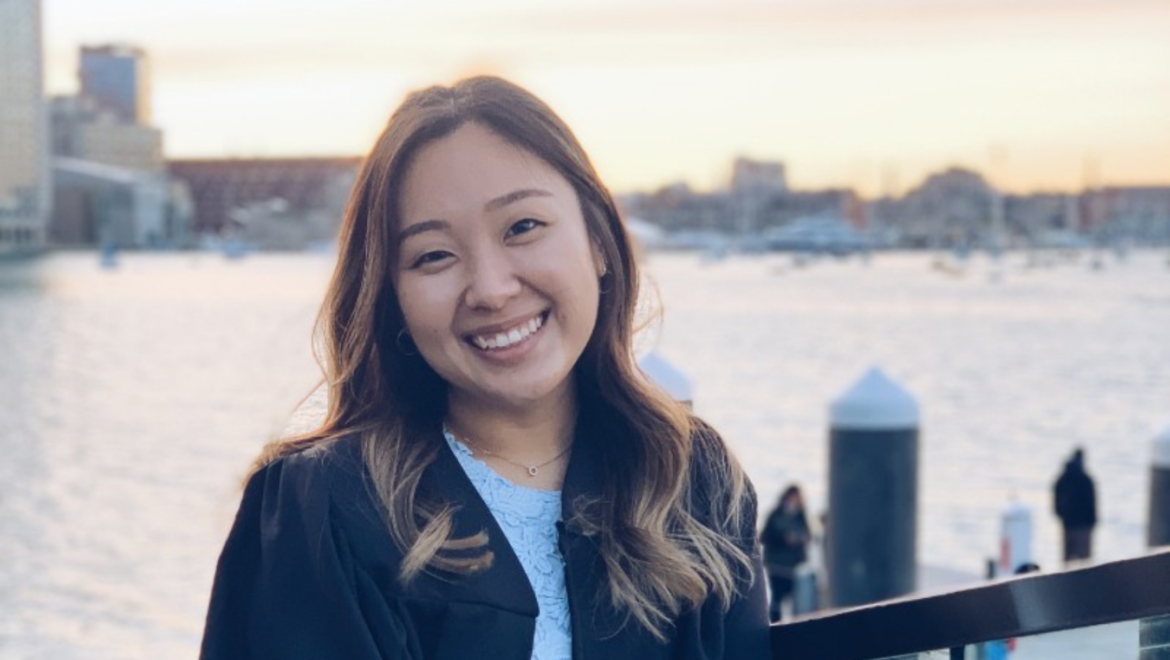 Your Own Competitive Advantage

Throughout my business undergraduate program at Northeastern University, a concept that was often mentioned was that of competitive advantage — specifically its importance in business success . Competitive advantage, as defined by the Corporate Finance Institute, is an attribute or trait that allows a company to distinguish itself from and outperform its competitors. Especially in the marketing program, it was emphasized in every course that a company needs a strong competitive advantage in order to gain market share and prove itself successful.

END_OF_DOCUMENT_TOKEN_TO_BE_REPLACED 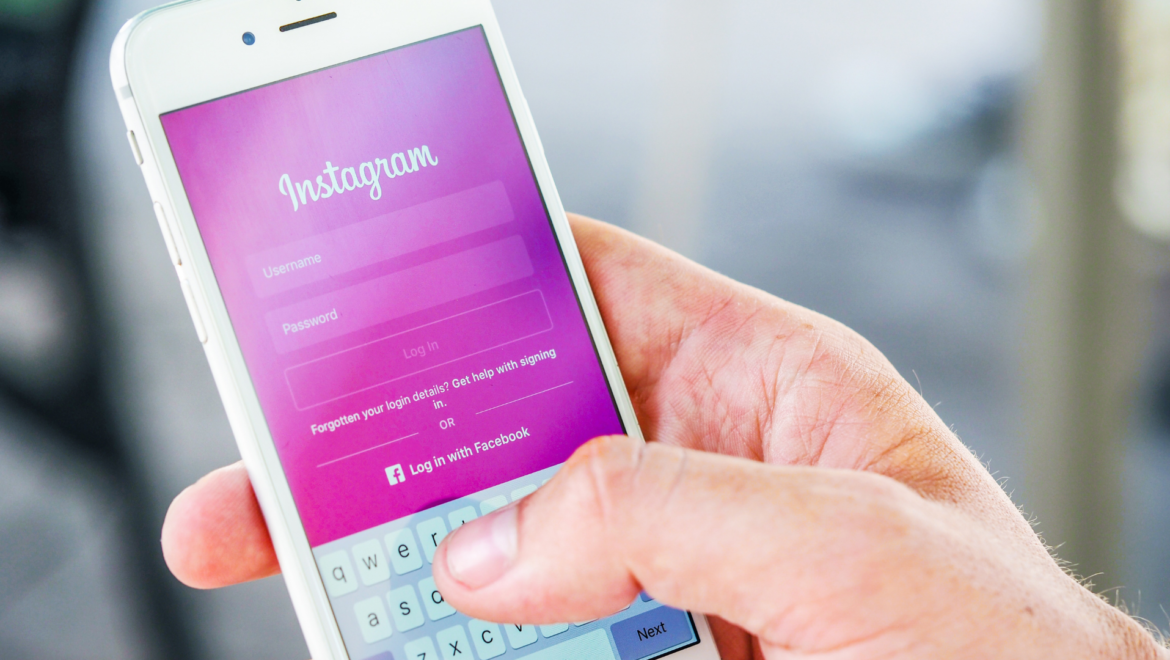 How to emotionally connect with your audience to drive engagement

There are different techniques used in marketing, promoting, and advertising products and services. Emotional marketing is one of the effective techniques of marketing. Marketers utilize this technique to focus on emotions like happiness, sadness, fear, and anger to engage the consumer and increase sales of their product or service by inciting response.

END_OF_DOCUMENT_TOKEN_TO_BE_REPLACED

Experiential Learning: two words that every Northeastern University student sarcastically repeats back in a mocking intonation. And as Northeastern tour guides showcase the Boston campus (albeit virtually in these trying times) whose lush, green space juxtaposes the urban chaos yards away, the phrase “experiential learning” (one sure to enter into the prospective student’s lexicon should they choose to enroll at Northeastern) will bombard the ears of both parents and students alike. As COVID-19 promises to create a “new normal,” it is pertinent that Northeastern can adapt its experiential learning framework to better emphasize those skills that will allow Northeastern to maintain its spot atop the throne of leading the U.S. News ranking in co-op/internship opportunities.

The capability to utilize experienced conditions from one’s co-op/internship is without a doubt a benefit in familiarizing oneself with topics learned in school, thus increasing comprehension. Logically, one would associate the integration of academic work with on-the-job training (as this is the purpose for many students studying in the first place). However, it is the improvement in one’s ability to master the soft skills that truly illustrates the advantage of the experiential learning process. If the goal of Northeastern University, or any of the other schools that have or are beginning to integrate experiential learning into their curriculum and college experience, is to increase job readiness, they must be cognizant of integrating soft skills as well.

By increasing the amount of focus on many soft skills (i.e. how to write a professional email, how to balance multiple projects at once, how to read office culture, and what to say and not say!), experiential learning can be more effective in delivering its goal(s) to the student. Even though we may not know what job those just beginning their education may have, it is now more clear that these jobs will necessitate that the individual can work successfully within a team, balance multiple commitments, and learn to take constructive criticism.

As universities deal with the issue of grade inflation nationally, tests of fit, such as the so-called airplane test, become ever more important. The rationale for this test of company “fit” revolves around the interviewer asking, “Would I want to be stuck in an airport with this person?” If a firm believes that one would be an enjoyable companion during this unpleasant time, one is likely to be an enjoyable constituent of the team.

The offers I received from prestigious companies were not based primarily on my knowledge but my fit within the team and other soft skills I would be able to bring and improve upon during my time with the firm. These soft skills allow one to build their social capital and expand their personal network. Just as a tree spreads its roots as it grows, growing one’s social capital creates a plethora of benefits that the individual will reap as they continue to grow professionally.

How to Better Integrate Soft Skills in The Classroom

As it becomes increasingly evident that college degrees are no longer the golden ticket to a definitive job, high schools have begun implanting a shift away from a focus on only standardized tests and Advanced Placement (AP) classes, to soft skills (employability skills). It is these soft skills that employees truly hope new candidates have when they start. It is much simpler to teach a new employee how to use certain software or how to use industry terminology and shortcuts than it is an aptitude to work successfully on a team or have strong attention to detail. These skills are also useful for those students deciding to seek other career paths that do not require a university degree such as those skilled vocational jobs that have a greater need for new members of their workforce.

Guy Berger, the chief economist at LinkedIn, along with a team of researchers, studied LinkedIn members that had changed jobs within the year. They concluded that “it’s really the more fundamental skills like teamwork and communication that seem to matter the most, that employers demand the most.” Schools looking to employ experiential learning should emphasize these soft skills, which have seen increased demand due to the changing economy (i.e. automation, a shift from a manufacturing economy to a service economy, and whatever short and long-term effects COVID-19 has on society).

One way that Northeastern can catalyze students being conscious of the necessity of soft skills at their co-op/internship is to deploy a framework to promote action. The SOFT framework below can be used to do this.

By making a more intentional decision to have students not only identify those hard skills (coding languages, increased subject matter knowledge, etc.) they learned on co-op and are bringing back to the classroom, but also the soft skills that increase their employability against other candidates, Northeastern, and other schools employing experiential learning systems, can better equip students for the ever-changing workforce. 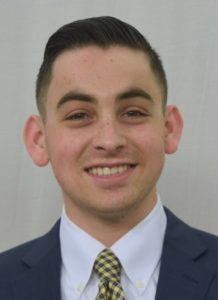 Gerad Sockol graduated summa cum laude from Northeastern University with a dual concentration in Finance and Accounting. After graduation, Gerad will be working at Jefferies, a multinational independent investment bank and financial services company, in their Automotive Aftermarket Group as an investment banking analyst in Boston, MA. His work experience includes employment at distinguished firms such as THL Credit (the credit affiliate of Thomas H. Lee Partners), General Electric (Oil and Gas Division), and Andersen Tax (Corporate and Partnership Group). Gerad Sockol is a member of the Beta Gamma Sigma Honor Society and the Order of the Omega Greek Honor Society.

Gerad Sockol was a founding member of AEPi’s National Professional Development Initiative where he was instrumental in recruiting prestigious alumni to the program. He served as a research assistant and teaching assistant for over four years where he served as a critical aide for a top finance/accounting professor at Northeastern University. He can be reached at gerad.n.sockol@gmail.com.